The SCTA radically changed the specific claims process by establishing an independent tribunal comprised of superior court judges with the authority to make binding decisions on the validity of claims and compensation awards, to a prescribed maximum of $150 million per claim.

From 1927 to 1951, the Indian Act prohibited the use of band funds to sue the government. As a result, claims by First Nations that Canada was failing to respect its commitments were largely ignored.

In 1947, a Senate/House of Commons joint committee created to examine the Indian Act recommended the establishment of a “Claims Commission” to “inquire into the terms of all Indian treaties . . . and to appraise and settle in a just and equitable manner any claims or grievances arising thereunder.”

From 1959 to 1961, the joint committee also recommended that an Indian Claims Commission investigate British Columbia and Oka land grievances.

Bill C-123, introduced by the Liberals in 1969 was the first legislative response to these recommendations. It suggested the creation of a five-member commission with authority to make binding decisions and award monetary damages with no prescribed limit. The Bill died on the Order Paper and was not revived.

Beginning with the Calder decision (Calder v British Columbia (AG), [1973] SCR 313, [1973] 4 WWR 1), the Supreme Court of Canada released several decisions that would have a significant effect on the development of Aboriginal law in general and specific claims in particular.

In Calder, the Supreme Court of Canada affirmed the principle that the historic occupation of land by Aboriginal Peoples gave rise to legal rights that survived European settlement. This decision was the catalyst for the federal government review of how claims were being addressed. A policy framework for the assessment and negotiation of claims based on Aboriginal title (“comprehensive claims”) and claims arising from treaties and takings of reserve lands (“specific claims”) was developed.

In 1974, the Office of Native Claims (ONC) was established within the Department of Indian Affairs and Northern Development (DIAND). The Specific Claims Branch of the ONC had the dual role of reviewing claims arising from the failure of the government to discharge its lawful obligations and to represent the government in negotiations.

The conflict of interest inherent in the process raised calls for the creation of an independent, impartial body. In 1982, the federal government issued Outstanding Business: A Native Claims Policy-Specific Claims. Under the policy, the ONC continued to evaluate claims, referred to the Department of Justice for legal advice and provided for ministerial acceptance or rejection of claims.

First Nations continued to criticize the process as lacking impartiality objecting that Canada’s control of the claims process represented a serious conflict of interest.

In 1983, the Penner Report on Indian Self-Government recommended that the 1982 claims resolution model be replaced with an independent body and that the Assembly of First Nations (AFN) and the government devise a joint legislative policy.

1986 saw the specific claim of the Mohawks of Kanesatake rejected, followed by the events of the summer of 1990 sparked by the dispute with the Town of Oka over the development of lands subject to the claim. These events renewed the call for reforms culminating in Prime Minister Mulroney announcing the creation of a joint AFN-DIAND working group to develop an independent claims policy and the interim creation of a “Specific Land Claims Commission” as an independent dispute resolution mechanism.

The ICC was established as a temporary independent advisory body consisting of six commissioners authorized to review specific claims rejected by the government and to issue non-binding decisions.

A review of the recommendations made by the ICC from 1991 to 2009 indicates a consistent call for the establishment of a new independent body. In its annual report, 2002–2003, the Commission recommended:

In its 1996 final report, the RCAP recommended a complete re-structuring of how Aboriginal claims should be handled. Specifically, the report urged the establishment by federal statute of an independent tribunal to replace the ISCC with authority to adjudicate specific claims and issue binding orders.

Two joint working groups (in 1992 and 1996) also called for legislation to create an independent body to adjudicate the specific claims of First Nations.

In 2002, Bill C-6, the Specific Claims Resolution Act was introduced in the House of Commons proposing to establish a new administrative body consisting of a commission to negotiate and resolve specific claims and a tribunal to make binding decisions on both the validity of claims and compensations awards to a prescribed maximum of $10 million per claim. The Bill did not receive AFN support and, although passed by the House of Commons and Senate and receiving Royal Assent in November 2003, it was never proclaimed in force. 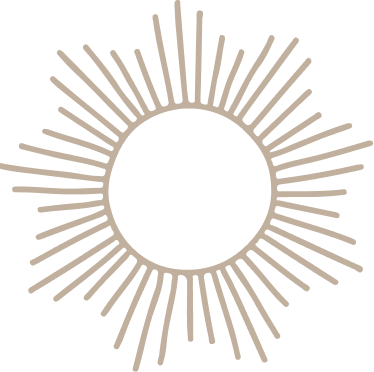 On June 12, 2007, the Prime Minister and the AFN Grand Chief jointly announced a plan to reform the specific claims system. The most significant proposed reform called for the creation of a tribunal staffed with impartial judges with the authority to make final binding awards on the issues of validity and compensation.

Legislation was drafted reflecting this new initiative resulting in the creation of Bill C-30, the SCTA, which received Royal Assent in June 2008.